Part 1 / A Plain English overview of women and Parkinson’s Disease.

This article will be a general overview of PD in women and although there is a reasonable amount of data to draw upon it is quite striking how few studies there are that pay attention to unique features women experience such as the menstrual cycle and menopause. The importance of getting some scientific analysis cannot be over-estimated if women are to avoid problems when using parky drugs.
Several clinical studies have demonstrated that Parkinson’s disease (PD) is less common in females than in males. PD occurs in men 50% more than in women. Why this should be so is not known yet but some suggestions include a possible protective effect from estrogen, genetic susceptibility of the sex chromosomes and some occupational differences between the sexes (for example exposure to toxins such as farmers using sheep dip) and the greater incidence of head injuries sustained in some professions, with (for example) a much higher percentage of men employed in construction .

Age of onset and symptoms of PD in women
On average, women are diagnosed 2.1 years later than men but typical of the variable nature of symptoms from one person to another, some studies that tested gender differences in PD found no difference between men and women for the age of onset.
Looking at PD symptoms generally both motor and non-motor symptoms are similar and include:
• Tremors of hands,arms,legs or face.
• Slowness of movement
• Poor balance
• Lack of coordination
• Rigidity of limbs and trunk.
• Gradual rundown of spontaneous movement (Bradykinesia).
• Sleep disturbances such as insomnia.
• Depression and anxiety
• Impaired memory or thinking (cognitive difficulties).
• Elimination difficulties with urination and/or constipation.
• Sexual difficulties
One study from the Netherlands identified that women experience tremor more often than men (67% vs. 48%). The University of Kansas performed studies which indicated that women score higher on motor abilities than men on the Unified Parkinson’s Disease Rating Scale (UPDRS). However, these differences only acquired statistical significance after 5 years with PD. That’s the good news. The bad? Women experience depression more often than men and feel that daily life is more adversely affected. Men suffer more REM sleep behaviour disorder (i.e. ‘dream sleep’) than women. As a personal aside I can say that I have nightmares every once in a while that are extremely horrific so for all those who have these as well I sincerely hope some way of stopping these bad dreams can be found!

Estrogen and Parkinson’s disease
Contradictory results have been reported in studies examining the role of estrogen in PD. Many areas of the body and brain are damaged by PD, one of the most crucial being the substantia nigra in the brain. Extensive damage and death of nerve cells (neurons) afflict those of the substantia nigra where levodopa is normally converted to the neurotransmitter dopamine – the resulting shortfall of dopamine prevents smooth, purposeful movement, instead leading to other symptoms such as tremor, rigidity, and loss of spontaneous movement.
Estrogen influences dopamine in many ways including the amount absorbed into nerve cells. Further to this, estrogen also appears to protect the neurons that produce dopamine. Having said that not all studies show this protective effect but this may be down to dosage-related differences. Estrogen effects on dopamine change considerably with different levels in the body including the monthly cycle, the estrogen deficit state during menopause and the artificial post-menopausal levels if hormone replacement therapy (HRT) is used. Placebo double-blind studies are needed to give more insight into gender differences regarding how to treat Parkinson’s but these studies could prove to be quite tricky. Why? See below! 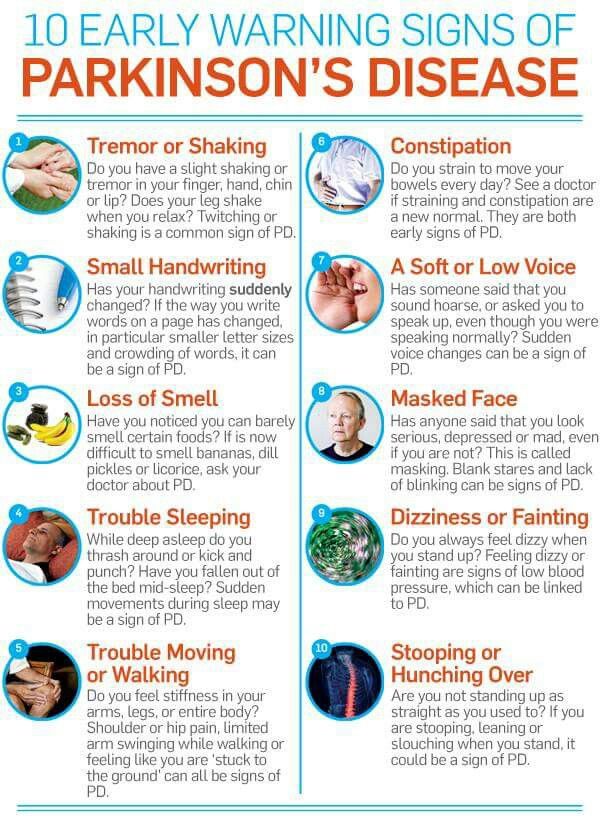 Treatment of Parkinson’s in women
Levodopa, the standard medication for treatment of PD, is metabolized differently in women, so the dosage needed for women with PD is less than for men. Additionally, there is a higher rate of levodopa-induced dyskinesia (involuntary movements that are a side effect with levodopa) in women compared to men. Deep brain stimulation has given many men a new lease on life – it’s not a cure but it usually improves motor control and has given good results to many women as well.
All things being equal (are they ever?) clinical studies and new drug testing is more difficult to make sense of for women because aged Parkinson’s people have deficient levels of dopamine, the menopause can throw everything up in the air (and so can HRT) and the monthly menstrual cycle changes hormonal levels inside women from day to day.
As stated above, dopamine’s effects are dramatically different in women when levels of estrogen are different and this leads to many (if not all) women of child-bearing age suffering their monthly periods and finding that the Parkinson’s drugs they are using do not work until their period is over. That means one week in every month sees women with PD struggling to manage as the drugs fail to confer relief.
Attending a recent webcast in Leicester, 12 questions had been amalgamated from more than 100 replies asking for questions on anything to do with PD. The most popular question (or should I say the most infamous?) made up 26 of the total and told us that their drugs do not work when they have their periods and could somebody do something about it!
I will attempt to find some studies on estrogen and Parkinson’s and summarise them in my next offering in this series.