The process of drug development is a long and complex one and is bound by many regulations.
To try to make drug development more efficient across the globe, there are recognised standards to which clinical research has to be conducted. This means that the results of clinical trials for potential new medicines performed in one country can be recognised by another country, providing that it can be shown that the agreed standards were used.

These standards (commonly called Good Clinical Practice) were originally just guidelines that were not legally binding. However, as the need for tighter controls increased, because of patient safety concerns, more and more countries have worked to incorporate these guidelines into national law. 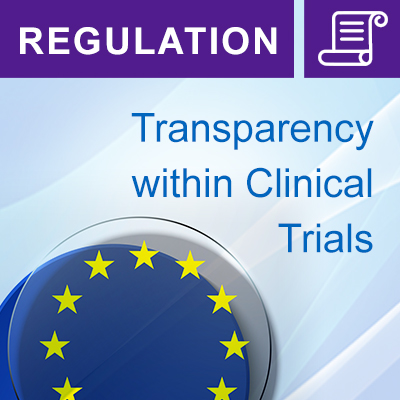 These standards underpin the European Clinical Trials Directive, which was was brought in in 2001 as an attempt to streamline the regulations across the European Union. The directive has been updated and the requirements are legally binding in the UK.
Clinical trials have to be scientifically reviewed and approved before they are started and all of the results of trials supporting a new drug for a particular treatment have to be submitted in a dossier to a Regulatory Agency for approval before the drug can be marketed as a treatment.

The fortunate thing about the EU is that we have a centralised approval process, so submitting a clinical trial proposal to a central agency (the European Medicines Agency, EMA) permits the conduct of that trial in all member states who are invited to participate in one go. Similarly, submission of the approval dossier to the EMA can approve a new treatment for use in all member states.
This process is far from perfect and is not cheap – but it does have the advantage of including all of the European countries under one process.

The UK was always seen as one of the ‘BIG FIVE’ in the EU, which were always selected for clinical research trials due to the market potential, so along with Germany, France, Spain and Italy, any large clinical trial would come our way.

In the past, clinical research in the UK was impacted by the amount of red tape and because we were not swift enough to embrace a centralised procedure. This led to clinical research in the UK being considered slow, cumbersome and not cost-effective. It has taken several years to begin to reverse this perception (although not without several major pharmaceutical companies closing their UK-based clinical research departments) and exit from Europe could now undo the good work that has been done.  At the very least, we will have to pick through all of the regulations and determine if we are just going to adopt them into UK legislation – and we will be fighting to be in the queue with all of the other laws that will need to be revised, so the impact will largely depend on how important the government sees the pharmaceutical industry in the overhaul.

For future global research, pharmaceutical companies will now have to consider the inclusion of the UK as a separate process to be followed, rather than being included with the European ‘package’. Some smaller pharmaceutical companies may not appreciate that the UK will no longer be included until it’s too late, so access to clinical trials for UK patients may be reduced. We are also in the dark about our economy and the attractiveness of our market in the future, so will we still be one of the ‘Big Five’?

Indeed the future of the European Medicines Agency will have to be considered because it is currently based in Canary Wharf. It is packed with people from all across Europe; experts in clinical trial applications and drug approvals all working together, based in our capital city. Discussions are already underway regarding its relocation, as it cannot remain in a country that is no longer part of the Union.  Although few UK nationals work there,  I cannot believe that the moving of this behemoth will have no effect on clinical research because relocation will be a huge undertaking and is bound to impact their work – they are already overloaded with applications to consider.

There is another impact too; in order to ensure that all drug research is conducted to the approved standards, regulatory inspections are carried out on a regular basis.  The EMA does not have the capacity to conduct all of these inspections itself and, as the UK Regulatory Agency is both very well-respected and very good at inspections, much of this work is sub-contracted out to them, so there will be a considerable impact to their revenue stream.

What will be the impact of BREXIT to UK Clinical Research? It is a question that no-one can really answer but the signs are not looking good for my industry.